Today’s blog is accompanied by a song that I like that is also the name of a great bar that we visited in Hanoi. I saw Professor Green live on a Monday night in Sheffield and he was amazing.

It was cooler in Hanoi and there had been some storms during the night. We met for breakfast on the 8th floor of Home Hotel where there was a really good buffet of western and Vietnamese choices, they also offered omelets and pho brought to the table for you. The chocolate croissants and bread rolls were really nice and I had quite a few while looking out of the large panoramic window at the views of West Lake. 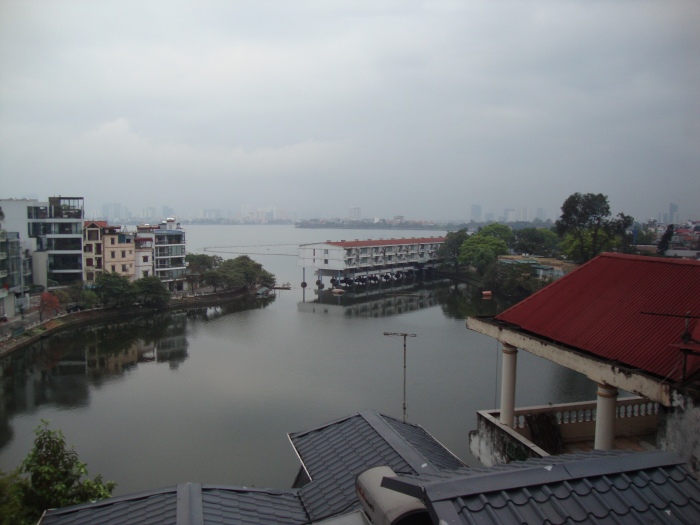 We took a taxi to the Old Quarter and paid our deposit for the forthcoming Ha Long Bay cruise before trying our luck with the Hanoi traffic as we walked a few minutes towards the famous Hoan Kiem Lake. I bought a waterproof jacket as the weather looked a bit like it would rain. As it was a weekend the traffic wasn’t permitted on the road around the lake so it made it a little easier to walk around. We went to the red bridge and I pointed out where the water puppet theatre was and then we decided it was time for a drink – a smoothie at a place on the 5th floor of a building overlooking the fountain, called Avalon.

While we were admiring the views from the open balcony we had calls to let us know that Chrissy was on her way and that the Oxalis Adventure Tours team was near the Post Office at a display stand. Chrissy arrived and we got a round of beers in (she’s a bad influence) before ordering some snacks for lunch.

After lunch we went to the Oxalis stand and had a photo of us ‘in Hang Son Doong’, the biggest cave in the world before heading back to the hotel.

I’d booked a table at the Fat Pig for dinner, invited our friends Gary, Hanh and Hung to join us at 7pm for pork dishes and smoked sangria. I’d been before and enjoyed the pork ribs so we ordered a mixture of things to try – the pork crackling with apple sauce is amazing. We had a good time and although my parents were still on UK time we managed to stay up fairly late, drinking wine/beer. Despite the celebrations we knew we had an early start the next morning as we had to be over at Ma May street for our bus pick up at 8am, ready for our cruise aboard the Apricot 3. 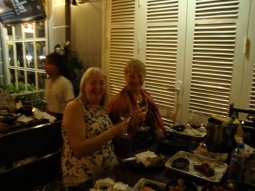 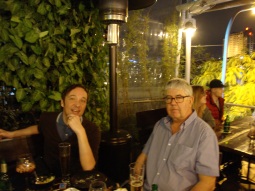 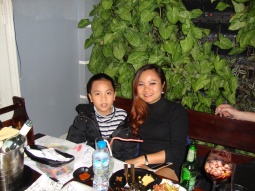