On Monday 9th March Captain Caveman went off on his 3 day cave exploration trip, it was incredibly hot and I still went to yoga even though Chrissy had to go to Danang. Afterwards I ate mango sticky rice for breakfast and I really wanted to read my book, a Chris Evans autobiography, but it was pretty busy around the pool with kids so I didn’t get a chance. Josh got out of Son Doong and there was no time for balcony beers this time. Things were definitely changing at a faster pace with the Corona virus and I weighed up how much it would cost to extend my visa if I was unable to travel to Turkey or the UK – it was looking pricey. While Josh was at his gala dinner, Tatas and I went to Phong Nha Eatery, the new dinner place at Coffee Station, where I enjoyed the duck spring rolls. The tamarind prawn dish was also very nice but the sauce had chillies in and I could only eat the prawns after wiping the sauce off. I forgot to take photos in all the kerfuffle but will definitely eat there again. We finished the night off with a wine at Momma D’s but I didn’t want to be hung over for my 5th yoga session the next day.

On Tuesday 10th March Josh decided to come to yoga class for the first time. It was a warm but cloudy day so we decided to cycle it there and Bluey (my bike) got her first go on the Ho Chi Minh Highway East, which is the busiest road she’s been on so far. It wasn’t too tricky and because of the decline in visitors to Phong Nha there was considerably less traffic, we turned off at the next junction and cycled through the rice paddies to the Nguyen Shack Eco Resort, I was surprised that I made it without much of a to-do. We had a good class, although we got told off for giggling when we were in such a position that Josh had the girl next to him almost flash her bits at him. After class we chatted with the yoga teacher, who I later affectionately would call the White Russian, and ate lunch – Josh had tofu in tomato sauce with rice and I had beef and pineapple. We cycled back the scenic route and decided to stop for bun cha at D’Arts, forgetting we had already eaten. We both had the veggie version and I was impressed and will always have the veggie spring rolls there from now on, although I prefer the meat bun cha more. During lunch I got a message from Captain Caveman to say he was back already and he was in a bit of a mood. I managed to cheer him up with a bottle of wine and some popcorn at The Villas before heading out to dinner with Josh and Marc, a German friend who was back in town for just a short time. We met at Lantern where I had the famous ribs which were still delicious and the others ordered various (mainly veggie) dishes. After, we had a drink at Momma D’s with one of Captain Caveman’s fellow expeditioners but we didn’t stay out long as they were both heading off on a multi-day caving trip the next day. 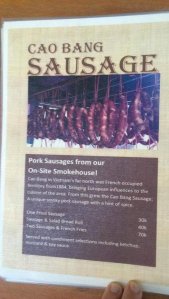 It was time to start thinking about Plan B with regards to my travel plans to Turkey and England just in case the Corona virus got worse in either of those countries. On Wednesday 11th March I looked in to if it would be possible to extend my current visa and how much it would cost – if I took my passport to Hanoi I could get another 3 month extension for around $340. I also looked at flights and they were getting so much more expensive so I held off booking one. Captain Caveman set off for his expedition which would last (hopefully) around 5-6 days, Josh went on his next Son Doong tour and Chrissy had to stay another day in Danang while I cycled all the way to Nguyen Shack Eco Resort for my 6th day of yoga. I was really enjoying it and starting to see a difference in my flexibility, plus I had not had a bad stomach once since starting yoga – but then I wasn’t always eating 3 meals per day or drinking quite as much. On the cycle home, which was very sweaty, I got lost and ended up going the long way round so I stopped off at The Villas for a chocolate mousse cake and a cup of jasmine tea. In the evening Tatas was back from her 2 day Tu Lan trip, we ate at Phong Nha Underground for dinner and we had a couple of wines at Momma D’s too. In the news I read about how the Corona virus was being dealt with in various countries and was pleased to know that Vietnam had tightened their controls and were doing a good job so far. Where ever anyone tested positive every person they had potentially come in to contact with was being traced, tested and quarantined until the results were in. It felt safe here in Phong Nha and I hoped it would stay that way. 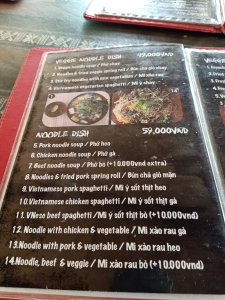 Thursday 12th March was a calm day. It was my 7th day of practicing hatha yoga and I had noticed a vast improvement in my balance and I was sleeping much better. I had been away from Turkey for 2 months and it looked more and more likely that I would struggle to get back without having to be placed in quarantine on arrival in Istanbul, which I didn’t relish the thought of given I was intending leaving Dalaman after 14 days for my trip back to England. At this point it looked like I would have to forego the trip to Dalyan and go straight to the UK when my visa expires on the 15th April. After the yoga class I ate mango sticky rice and drank orange juice, I tried one of White Russian’s veggie spring rolls too, before heading to one of the sunloungers by the pool to do a bit of writing and some reading. I watched the buffalo get chased off by dogs again and the people round or in the pool were quiet and polite so it was relaxing. I had a late lunch of pork with aubergine and rice and I drank lots of water and more orange juice. The weather was getting hotter and hotter and in the evening I couldn’t be bothered to go out so I stayed in and watched Dirty Money on Netflix – and no alcohol that day! It was pretty much a perfect day!