On Wednesday 10th June I could not help myself, I had leftover cheese for breakfast. Captain Caveman went out and while he was gone an arrangement was made to go to The Villas in the afternoon. My sit down shower was not nearly as nice as the sunken bath at Phong Nha Farmstay and I was genuinely feeling a little glum at being back home. Captain Caveman had arranged with Caroline to have happy hour cocktails at Victory Road Villas and I was going to make use of the pool too, so we got a taxi there. I found it easy enough to get to the seating area overlooking the pool and I ordered a pineapple juice before changing in to my swimmers. One of our favourite waitresses, Ha, was working and she really looked after us. I had a little swim and did a few exercises in the pool and managed to not slip getting in or out. 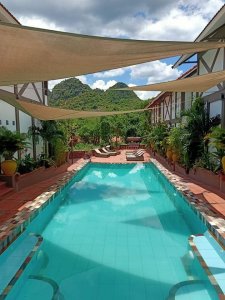 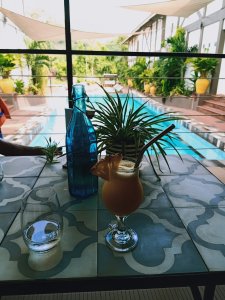 When Caroline arrived, her and Captain Caveman got on the frozen margaritas which Ha makes really well. The popcorn and cocktails kept on coming and I succumbed to a Sangria (filled with fruit, so a healthy option). Our housemate Seamouse popped in for a swim and then joined us for a beer and popcorn, River (the dog) tried her best to get some stray pieces and Ha brought her a tub of fresh drinking water. By the time it got to dinner time Seamouse had left, Caroline and Captain Caveman were sloshed and I was perusing the Usual Suspects menu and specials board. Both Captain Caveman and I ordered the confit duck leg (my favourite) and Caroline ordered the victory burger with a couple of extra patties for River. They were getting down the drinks and I was still on my second sangria but decided to go mad and order a third. While Caroline went home by motorbike, River got in the back of our taxi. We dropped her off at her house and she seemed to have really enjoyed the outing, I was also glad to get out and enjoy some great food. 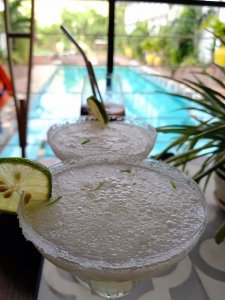 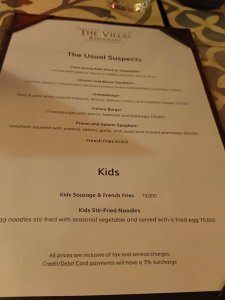 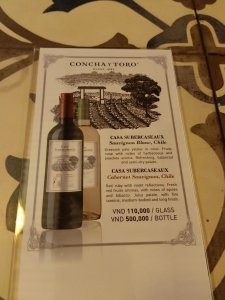 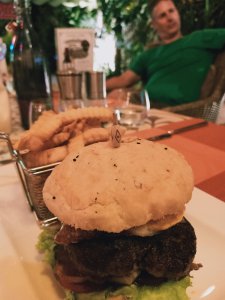 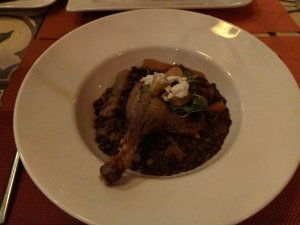