Phong Nha – the last week of May

The last week of May started with a mango for breakfast and some oolong tea while Captain Caveman went out to Coffee Station for his coffee fix and eggs benedict. While he was out I got a message from a friend who wanted to visit and we managed to arrange for her to pick the keys up so she could come in. It was good to see her and I was pleasantly surprised that the Phong Nha gossip had not got as far as her so she didn’t realise I was now a fully fledged member of the ramp user club. I had chicken leftovers from the fridge for lunch and Captain Caveman had Indian leftovers.
Vietnam had one new case of Corona (in quarantine) and 5 new recoveries and it looked like the British pilot was going to be staying in Vietnam to continue treatment without a lung transplant. The Vietnamese medics were doing absolutely everything they could to make sure he didn’t die. The world data showed a bit of a decrease in numbers due to it being a Monday; 94,600 new cases, 2,600 deaths and 55,100 recoveries.
In the afternoon I did more Turkish lessons and had some popcorn which Captain Caveman brought me from The Villas so that I have healthy snacks when he goes missing for a few hours. He went for happy hour with friends at The Villas and then to Momma D’s while I waited patiently for my dinner. When it came it was a surprise portion of pork fried rice from Funny Monkeys.

On Tuesday 26th May there was nothing much out of the ordinary for me, being stuck at home. The Corona data showed no further cases in Vietnam and the world reported the lowest deaths I had seen in a long while. There were only 1,100 deaths, 89,500 new cases and 63,600 recoveries. The world had over 5.5 million cases now and as far as I could see the UK were not doing much to tackle the problem there. They now had 261,000 cases and 36,900 deaths which was hard to get my head around – there was talk of perhaps closing borders and bringing in a tracking process next month. Turkey seemed to be fairing a bit better by keeping the young and old populations on permanent lockdown, making the wearing of masks and social distancing enforceable by the authorities and generally being strict. Turkey had 4,300 deaths now and 157,800 cases while the USA was nearing 100,000 deaths and looked unlikely to ease any time soon.
I did my exercises and found I could bend my leg a fraction more and could almost straighten it but still not quite. Captain Caveman had gone out and so I was still in my PJs at 10am, finishing off the brie and rice crackers we had left, as well as 6 rambutans, for breakfast. Captain Caveman went to Little Leaf for lunch to have scallops, as he hadn’t been there for a while and he brought me some spring rolls for lunch. It got hotter in the afternoon and, even with the Aircon on, it was 35.6°C indoors at 16:51.
Geraldine (the gecko) came out to play and was checking out a tray and trying to jump about. Captain Caveman went out to Momma D’s and I stayed home and ate M&Ms and crisps. He returned with gluten free sausages and a jacket potato for my dinner. Captain Caveman had the chicken which was stuffed with cream cheese and spinach then wrapped in bacon and he really liked it.

It was a busy day in my world on Wednesday 27th May. First I checked in on the app and saw Vietnam had 1 new Corona case (in quarantine). The world had not slowed as I had hoped; 94,400 new cases, 64,800 recoveries and 4,300 deaths in a day.
Before breakfast, of which Captain Caveman was out already for his, I went online to rebook my Easy Jet flight. I had a flight booked from Turkey to the UK at the end of April which I couldn’t book for a similar date next year so I had took a chance and booked it for one month later, guessing that flight would also cancel but the new flights for 2021 would be out by then. Like many people I still had no future plans but I didn’t want to waste the flight so I rescheduled it for April 2021.
By 9am it was already 32°C and it was going to be a hot day with none of the storms that were predicted! I had leftover sausage for breakfast and after Captain Caveman had finished at Oxalis he brought me lunch. I was excited to be having chicken and cashew nuts with steamed rice which is one of my favourite Oxalis Home dishes, he’d already had a sandwich.
Captain Caveman had been meaning to fix our broken bed (one of the slats had come loose) and decided to just start doing it. He was a hot sweaty mess and could have done with a hand when it was all in pieces and he didn’t have a screw driver. I half jokingly suggested he swapped it with the bed that wasn’t broken in the other room and then he did, without any help from anyone, because he didn’t need to!!!
I managed to complete some Turkish lessons and do a bit of writing while Captain Caveman went to Namaste for dinner with friends. Geraldine came to sit with me and decided she would like to have a Netflix and chill night – she was a bit of a remote control hogger! Later that night I got Afghani chicken and chips from Namaste brought home for me and I saved some chicken for the next day. 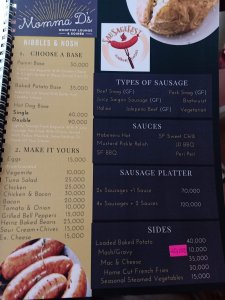 Rain was forecast on Thursday 28th May and it eventually came mid morning. Before that I did my usual check on the world of corona; Vietnam had 6 more recoveries and stood at an 85% recovery rate. The world had added another 67,000 recoveries, 107,000 cases and 5,200 deaths in a day.
It was leftovers for lunch and then Captain Caveman popped to Oxalis to help amend a document, while I did my usual tasks. At 7:30pm I heard from Captain Caveman who had decided to have beers at Lucky Lucky, meet the 6pm brigade and was now heading to Phong Nha Underground. I knew if he ate there and ordered mine it would be at least another hour before I would get to eat and I needed food to take my tablets. I had a Snickers and went to bed with the face on. At 9:20pm I was back out of bed eating my late dinner of a falafel salad while Captain Caveman put a quilt cover on.