I thought I was able to sleep late on Thursday 18th June and my phone was still on do not disturb when Captain Caveman came back in to the room in a rush. He had arranged a car which was already on its way so that we could go from our house to Oxalis Home to get on the shuttle bus to Dong Hoi. I was half asleep and not even ready but had to bum shuffle down the stairs quickly to the car that was waiting. Once at Oxalis I crutched across the road and bum shuffled up the steps of the bus, it was really cool on there with extremely comfy seats and is a fraction of the cost of taxis. As long as you can cope with going from one Oxalis office to the other and it not dropping you at the town centre or anywhere particularly useful then it’s a winner. For Oxalis customers only at the moment, it leaves at 8am and comes back at 2pm and you must book in advance (although we actually didn’t). I almost nodded back off to sleep on the journey to Dong Hoi but of course I had too much going on to do that. I’d already arranged that we would meet Des so we let him know we would be at Buffalo beach bar for brunch.
On arrival Captain Caveman went ahead in to the shade of the bar, which Oxalis office is attached to, so I had to shout him back to help me navigate the various paving methods including loose bricks as steps on to a lawn. He was peeved because it was sunny and I was taking too long and so he had to lift me down the steps. Of course we sat inside as I was not up to being able to tackle sand walking and when Des arrived they got on the beers. We all ordered food and two thirds of lunch was not as expected. Captain Caveman ordered oysters but when they came he told the waitress that they were actually mussels in oyster shells who insisted that was not true, she called them Vietnamese oysters. Captain Caveman knows his mollusks and so a bit of a debate ensued, including a demonstration of how the oyster shells and the mussels were separated. She was having none of it, he was not impressed but still ate them all (he loves mussels but he knew he was right). I ordered pork ribs with corn and when it came the corn was actually pineapple. At 165,000 vnd (£6) it was expensive but the food was very good with lots of meat on but no rice or veg with it, just fruit, which is odd. Des got the worst deal with his pancake with honey – it was thinner than grandma’s antimacassar, had overripe banana on, smothered in chocolate and took quite a while. They had more beer to take the edge off the disappointment and I had a strongbow – well we were at the seaside! As we were leaving we walked past a table of oyster shells which were drying in the sun having been washed ready to put mussels in, which proved Captain Caveman right about his seafood not being what it said on the menu. 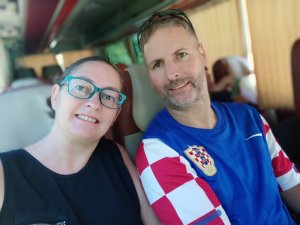 While Captain Caveman ran some errands in the town, including sussing out a room in the Nam Long Plus hotel and booking me in for the next day, I headed off to my 3 hour physio session. I had a shorter time in the heat treatment room and Nam did all the hands on therapy which seemed less painful than when Thuy did it. Captain Caveman came to meet me and he had a car already booked to take us back to Phong Nha so that he could get to his briefing. He suggested dropping me off at The Villas again while he went to work but I was so tired and wanted to go home. I ate the remaining spring rolls from yesterday, the blue cheese from a while ago and some gluten free biscuits for dinner. When Captain Caveman got back I shared a bottle of wine with him before bed. He was looking forward to his Son Dong trip the next day and I was heading to Dong Hoi for the rest of the week. 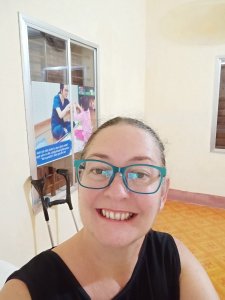 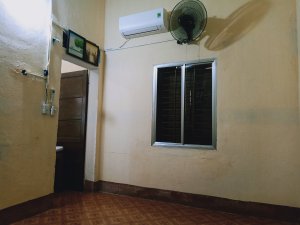 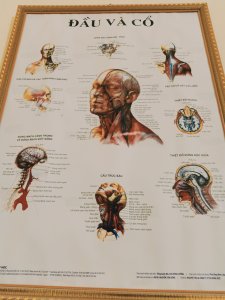 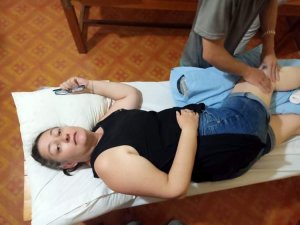 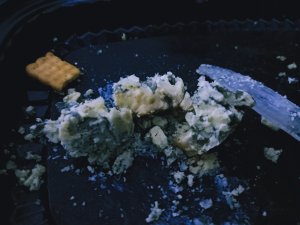 If you want to book on the Oxalis shuttle service here is the link – it is only available for Oxalis customers at the time of publishing this post: https://phongnhashuttle.com/